Seven domestic leagues continued this week as the NA Challenger League took a short break. Here’s a look at some of the biggest stories from these tournaments:

After the end of the BR6 stage and four open Liga Six cups, the 16 teams competing in the Copa do Brazil have now been determined. This R$100,000 (about $21,000) tournament will run from April 19 to May 8 and will consist of a single elimination.

In competition will first be the six teams of the BR6 League which failed to qualify for the Elite Six Cup – FaZe, NiP, MIBR, 00 Nation, INTZ and Black Dragons.

The women’s roster w7m esports joins them after the Argentinian team won the first stage of the women’s circuit competition.

Finally, there are nine Tier 2 rosters that have performed well in four previous open tournaments over the past month. Most notably, the Team oNe Academy roster.

While the BR6 formations will be the clear favorites to win this tournament, this will be the first chance we’ll have to see who will challenge for a BR6 relegation spot later this year, and if there are any promising players who the professional sides may want to resume in the May transfer window.

This weekend saw the return of the Gamers’ Assembly tournament, an annual LAN event where thousands of gamers gather in Poitiers, France to compete on multiple games.

The Rainbow Six tournament was previously won by LeStream, Vitality and Millenium, but has been canceled since 2020 due to the COVID-19 pandemic. This year it returned and saw a number of current and former professional players compete for the €5,000 prize pool.

While Acend was certainly the most well-known full roster after competing in last year’s Challenger League, there were a number of mixed teams with big names, including “Prefecture Squad”, which won the tournament.

This list included Adrien “RaFaLe” Rutik and Bryan “Elemzje” Tebessi from the BDS team, Alexandre “BlaZ” Thomas who is part of the Parabellum NAL list, Vincent “Masdemort” Masdebail who is best known for having competed on the beGenius list by Stéphane “Shaiiko” Lebleu, and Maxime “Meloo” Cahagnet who previously played on Acend.

Another notable team was Visa Squad which included another BDS duo, Stéphane “Shaiiko” Lebleu and Loïc “BriD” Chongthep, however, the team was eliminated early on.

This week, another Korean national champion will be crowned, as Monday’s quarter-finals will be followed by the semi-finals and grand final on Saturday and Sunday.

While T1 eliminated the newly acquired Panthera roster without too much trouble to set up a reunion with SANDBOX Gaming this weekend, there was a much tighter contest in the other quarter-final.

In this game, Team GP (formerly known as Star Rise) beat TALON 7-3, 8-6 to knock them out of the competition. 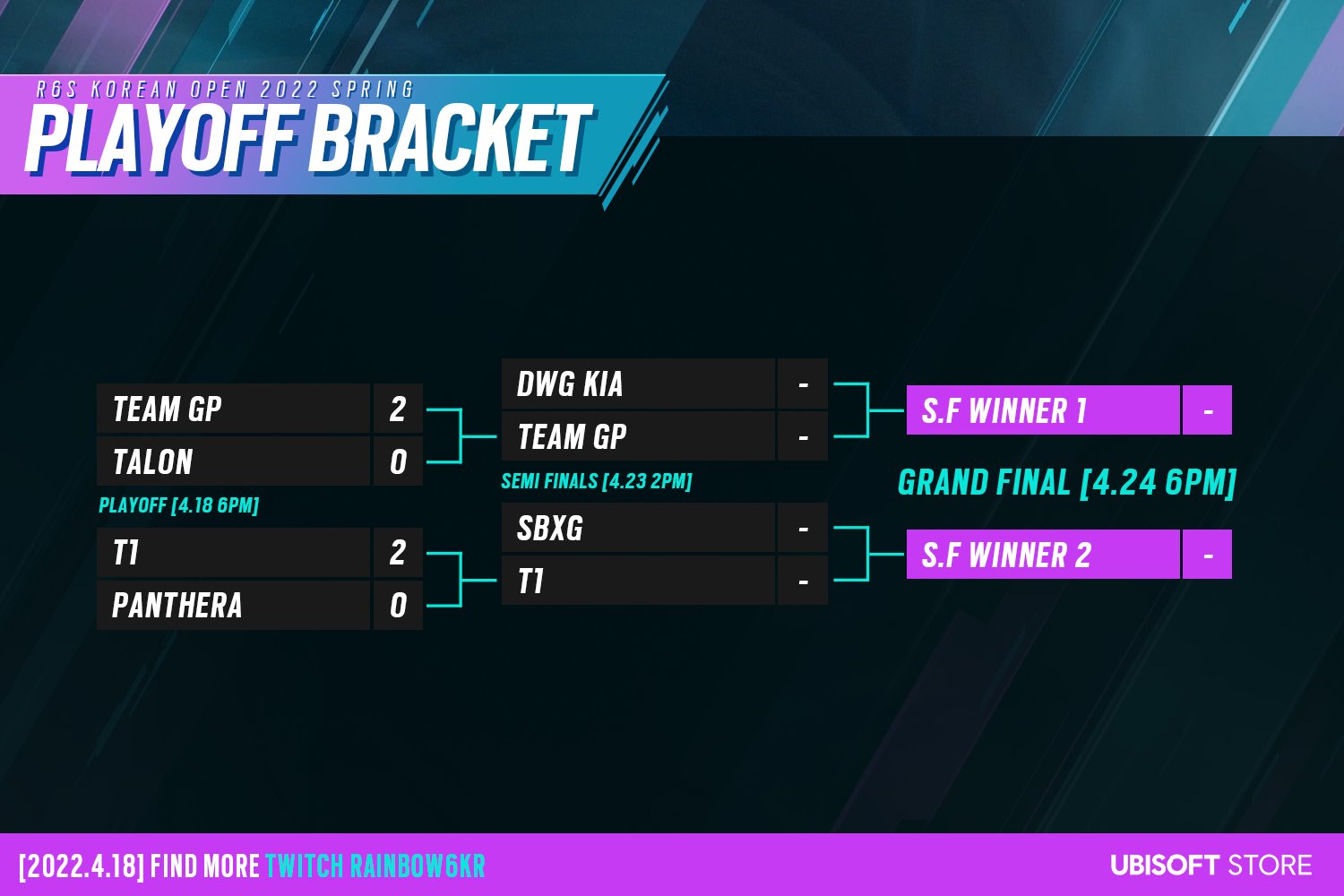 Just the previous week, Talon had finished the APAC North stage second behind just DWG to qualify for the APAC Playoffs, making a somewhat surprising fifth-sixth place on the Korean national stage.

It certainly wasn’t out of the blue, though, as Team GP adds this best-of-three map victory to a growing list of successes after beating Talon, SANDBOX, and DWG twice in best-of-ones map games for the league organize.

Regardless of the outcome of the GP semi-final against DWG on Saturday, it cements them as a very good early candidate for a spot in APAC North at the end of the year. Additionally, following T1’s relative disappointment in the APAC North league as the only Korean team not to qualify for the APAC Playoffs, this puts all five GP players at the top of the list of potential pick-ups.

Another upset came at the Taiwanese Nationals, as the winners of the APAC South leg fell to a 6-8 scoreline against Team Bruh. Bruh also beat DW in their first meeting of the season in March 7-3, which puts the team second in the league standings.

With just a week left in the regular season, both teams are already guaranteed a spot in next week’s playoffs, likely as the first and second seeds. With a total prize pool of NT$510,000 (approximately $17,600) at stake, it’s likely to be a very tight Grand Final between the two teams. With DW likely focusing his energy on the upcoming APAC playoffs, Bruh also has an advantage.

Mkers entered the new season of the Italian PG National Championships with a new player as “Dora” joined Pietro “Scatto” Scattolin, who retired in the offseason after a seventh-eighth place finish in the Challenger League tournament in Last year. The team also chose “ATK” as a coach and “Slam” as an analyst.

These new members had a rocky start to the team as on the opening day of the PG Nationals Spring 2022 season, they first fell 1-5 on their cottage offense as Joshua “JJF5” Fletcher – one of seven non-Italians competing in the league this season – had 10 wins and three deaths. Fortunately, they then recovered to lead the game into extra time before Mkers secured another elusive attacking round to end the game 8-6.

Considering IGP game leader Max “Stax” van Steenis only managed one kill to 12 kills, an 8-6 result against the multiple time Italian champions and Six Invitational entrants is definitely a a result to be pleased with, even if they let slip a 5-1 lead.

The two most impressive performances this week came from MACKO who remains unchanged since winning the last PGN title last November, and Hmble who kept only two players and a manager from his fourth place finish last season. . The two teams beat Outplayed 7-1 and Esport Empire 7-0 respectively. 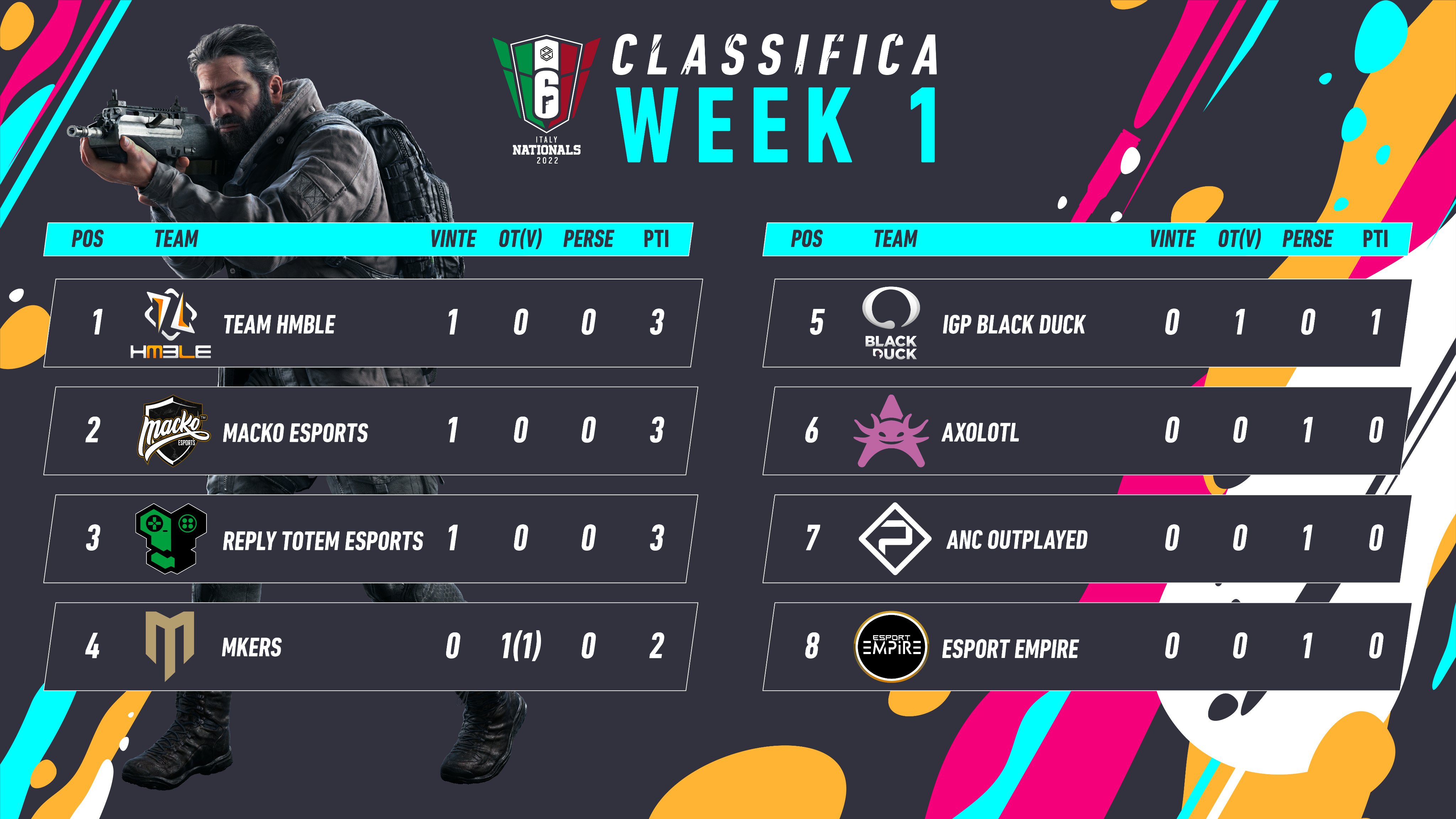 With the 2022 season in full swing across all four regions, next week will see plenty of action.

Here are some of the Tier 2 matches you can’t miss over the next week (every hour in CET):